The sequel to the multi award winning Dungeon Keeper, the swansong of grandmaster Peter Molyneux before his departire from Bullfrog. The company, on doing this sequel, had to keep up with the original game's quality and fun. The problem was, without Molyneux.

Thankfully, Bullfrog proved that they can still create classic games even without their former mentor. This game takes everything that made it's prequel great, and improves it all.

Briefly, you an evil dungeon keeper (natch), that has to command the place in your reign of filth and decay. Also, protect the place from those damn goody-two-shoes who try to destroy your underground evil dungeon.

I don't want tp spoil the game with words; you simply have to play it.

sacrificing - once you've built a temple, you can sacrifice your minions there in hopes of summoning more powerful creatures, but without knowing what to sacrifice the minions are effectively wasted. This is rather unimpressive as you just grab your minions and drop them in the sacrificial pool surrounded by the hand icon and hope for the best.

Sanguine # 2008-08-01 13:07:06
The copy protection may cause problems on newer operating systems (namely XP SP2, Vista and later), but there's an unofficial "patch" for it that apparently removes the need for the CD to be in drive as side effect (although it still whines about it). 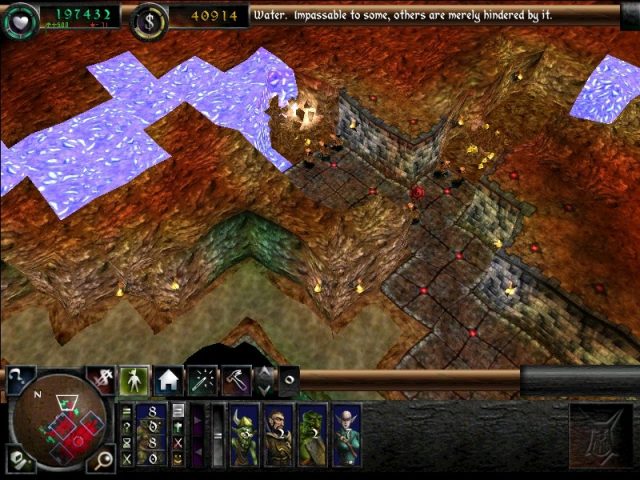