This is a proprietary game.

The creator advertises that gameplay is, "the result of absolutely every action is rolled, calculated or statistically determined ", and it has a "combination of randomly generated treasure and carefully hidden goodies". The difficulty of the game is determined by the development of a character's skills and the adeptness of the player's using them. The story is not linear.

Originally only available as a download. Since 2008-01-14, all Eschalon CD packages have the Windows, Linux and Mac OS X versions. Released as Free-to-Play on its 10th year anniversary. 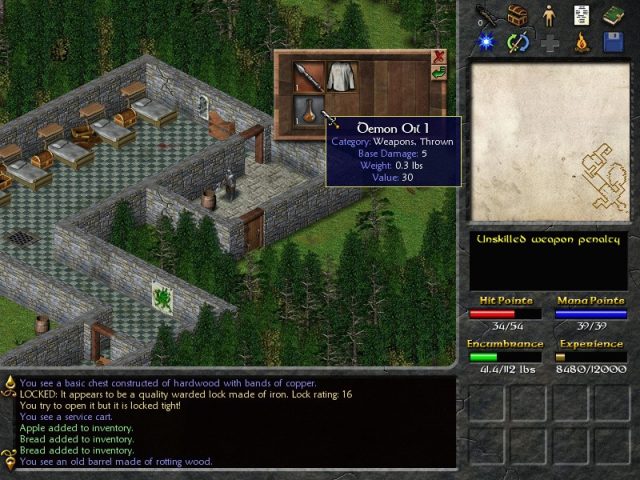