It's the XXIIth century. The distant Solar System planets become the centres of mining. Since these planets are almost unreachable for humans, the mining rights are granted to the Automatic Mining System Corporation (AMSC), whose control centre is located on Jupiter's satellite Ganymede. On the 20th of May 2114, the central AMSC computer stops responding to the messages from the Earth...

On the 21st of May, the Jupiter's cargo ship arrives in the Earth's orbit according to its schedule. However, instead of minerals, the cargo ship brings modified robots, which can annihilate all of the Earth's orbit patrol in a few seconds. The threat of annihilation mounts over The Earth. 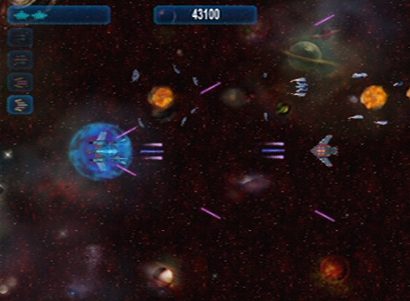