Guided by sacred power chords and blessed bass drums, Tim Schafer and his team of metal historians at Double Fine Productions have cracked the primeval secrets to the Age of Metal. Together, the two groups have reconstructed and realized the events that took place eons ago, allowing future generations to pay respect and experience first-hand the blood, sweat and chrome needed to ensure metal prevailed. Brütal Legend is the chronicle of Eddie Riggs, a roadie of a virtuous metal band, pulled back in time to learn his true purpose. Offered the wealth and knowledge of an ancient kingdom in exchange for assembling a legion of his own design, the roadie commands a barbaric mob of demons, dragsters, amp stacks, leather, and chrome. Together they thunder across the land in the ultimate Tour of Destruction, driving the ancient world headlong into the Age of Metal. Piecing the period of time when a divine society used raw materials of ROCK and hot rods which lay dormant in this land, experts at Double Fine also revealed the fantastic nature of this world where Big-block V8 engines were dug out of the ground like minerals. Exhaust pipes were cut from trees made of chrome and a luminous sky was lit up with heavenly lighters held up by the gods. 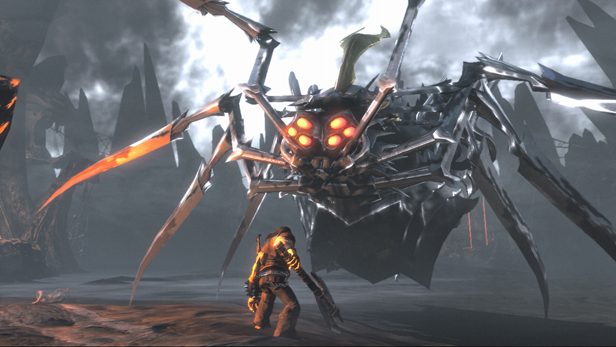