In his fortress of Shaddar-Nur, the necromancer Shaddar, a pariah of the Band of Mages from Mystdale Castle, plans his triumphant return to the world of Ancaria. To strengthen his magic powers, he summons a Sakkara Demon, whose power he will absorb himself. These Sakkara Demons rule over those damned to rot in hell, the undead. Not since the Era of the Gods have any of these creatures set foot in Ancaria, not since the Seraphim army drove them back to their dimension during the Wars of the Gods.

However, Shaddar's experiment fails. The Sakkara Demon escapes and turns on his summoner...


In the south of the Kingdom, the village of Bellevue is beset by robbers and slave traders sent by the Sakkara Sect to find suitable victims for their unholy magic rituals. At the same time, the Kingdom is infiltrated by Goblins, forerunners of the Orcs of Khorad-Nur.
Under the command of Sergeant Treville, a loyal veteran of Prince Valor, the heroes first fight in the lands bordering the Orcish wastelands against attacks by the Goblins and the Orcs, who are leaving their desert in hordes and venturing ever deeper into the Kingdom of the dying King Aarnum.


When you have sorted all that out, the story continues in the included game, Sacred: Underworld, where you set out on an epic quest to the very gates of hell itself.

MSRP:£27.00
ID: 37
This is a proprietary game.
Includes Sacred, Sacred: Plus, and Sacred: Underground all in one package. Plus and Underground are not available for Linux in any other package. 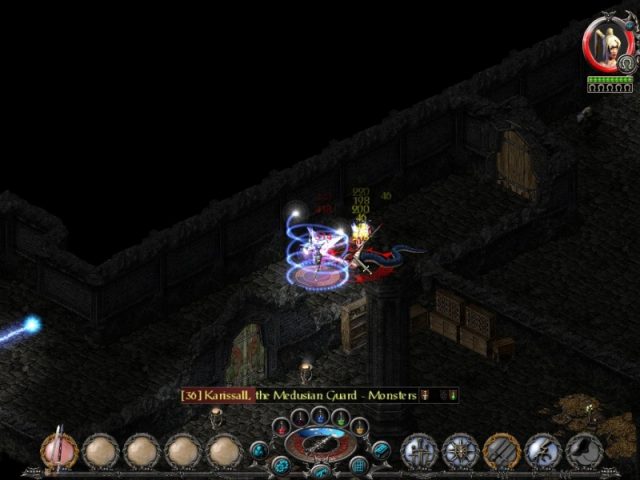