Originally released in arcades, History Fighter's debut a year later in Super NES platform. Players can choose characters to fight opponents 1 to 1. With 2 modes, and the history of combat.

You can enjoy Fighter's History alone or with a friend.


On April 13, 2010 launched a version for the console Zeebo, ported from the arcade version. 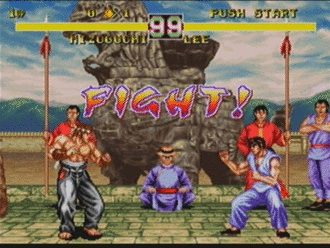