Alma is expecting and a new level of terror grows as you and your cannibal brother battle through a hellish nightmare. Fight together or die alone on a deadly mission to confront your twisted mother. Players can take on the role of Point Man, a genetically enhanced soldier with superhuman reflexes and the ability to manipulate time, or the undead spirit of his brother Paxton Fettel, a paranormal entity who possesses incredible psychic powers.

Key Features
* Blood Runs Deep, F.E.A.R. Runs Deeper: F.E.A.R. 3 delivers all the hallmarks that define the F.E.A.R. brand: terrifying paranormal experience, frenetic combat and a dramatic storyline.
* Never Face Fear Alone: F.E.A.R. 3 evolves the brand, introducing Divergent Co-op: deep, social gameplay that gives players distinctly different abilities that affect their own play as well as the experience of gamers they are playing with... or against.
* Frenetic Combat: Active 360 degree cover, evolutionary slow-mo modes, scoring systems and best in class mech- combat aid players in facing an army of soldiers and paranormal enemies.
* Experience the Almaverse: The game world is tainted by the Almaverse, the alternate dimension where Alma’s psychic essence subsists. New sinister and fantastical enemy creatures birthed in Alma’s warped mind spill into reality and intensify the panic.
* Generative System: Proprietary technology creates random events to increase the feeling of isolation and unpredictability when playing alone or with a friend, and offers new experiences each time gamers play through.
* Masters of Horror: Legendary film director John Carpenter and writer Steve Niles provide their expertise and guidance to take F.E.A.R. 3 ’s intensity to the next level. Niles co-wrote the twisted storyline that reveals the motivations and family dynamics of the main characters, and Carpenter helped craft the cinematics for maximum storytelling and fright factor.

# 2011-06-21 12:22:08 - official description
Nine months ago, Point Man and his F.E.A.R. squad were tapped to stop an unknown man who had commandeered a secret battalion of telepathically-controlled supersoldiers at the Armacham research facility in the Northwestern US city of Fairport. During the mission Point Man learned that the man wasn’t working alone. In fact, the very people Point Man was working to destroy were his telepathic, cannibalistic brother, Paxton Fettel, and his tortured and psychically powerful mother, Alma Wade—products of Armacham’s perverse paranormal experiments. Despite this revelation, Point Man moved forward with the standing F.E.A.R. team orders to stop the targets at any cost. In a last-ditch attempt to end the pair’s homicidal rampage, the F.E.A.R. team set in motion an explosive series of events that seemingly accomplished their goal but at the cost of ravaging the city, its inhabitants and almost all of Point Man’s squad mates.

For months following the blast, events in Fairport have made it clear that Alma’s psychic influence survived—and worse, her paranormal power is growing and spilling into reality. Now her supernatural agony repeatedly rocks the city as she attempts to secure the survival of her bloodline and reunite her family. Armacham’s security force remains violently focused on eliminating all evidence of the events in the city, and the remaining F.E.A.R squad carries on the mission to stop Alma.

With the chain of command broken and Point Man calling his own shots, where will his allegiance lie? With his brother Paxton Fettel, back from the dead, arriving with an unclear agenda and refusing to leave Point Man’s side? With his pregnant mother Alma and her horrifically twisted, yet immensely powerful paranormal existence? Or with his remaining F.E.A.R. squad brethren who are hell bent on saving the world, but at the cost of destroying the only blood ties Point Man has ever had? 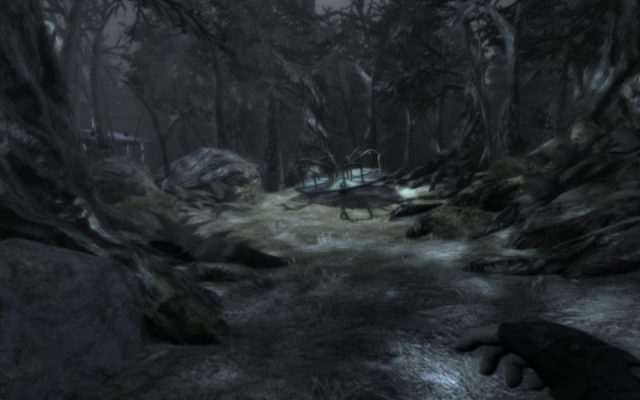