Lara's adventures start in India, while she's searching for the Infada Stone, a local legendary artifact, located in the ruins of an ancient temple in the Jungle. While following Ganges and after having found the artifact she meets Dr.Willard, a Scottish scientist who appears to be quite friendly. He tells her that the Infada Stone is one of the four artifacts that were made of an ancient meteorite and hires her to find the rest three. The four artifacts are:The Infada Stone,The Element 115,The Ora Dagger and The Eye of Isis.

As we can see in the opening FMV, the meteorite was discovered by some British sailors who saw the four artifacts placed with it. The only survivor sold all the artifacts when he returned to England. Willard needs the material of the artifacts to do some experiments.

After Lara has found all four artifacts, she heads to Antarctica, where Willard is doing his research. The plot thickens when Lara discovers that the material of the artifacts may have bad consequences in evolution, when tested on humans. Willard steals her artifacts and a man chase begins. 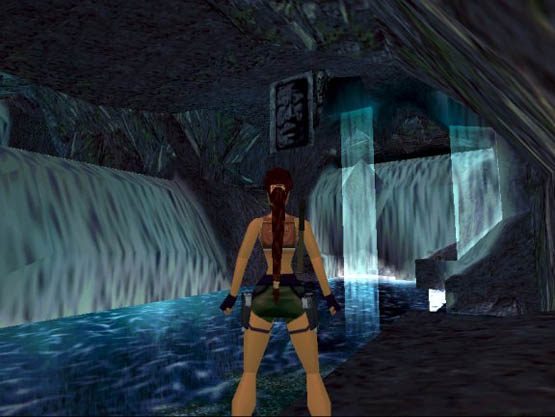