A mechanized force of British troops, with support elements of US Army TF Knight, are about to deploy and embark upon a large scale counter-insurgency that will define the future of the coalition presence in Takistan.

New singleplayer campaign
* Player will command a mobile observation team of British troops into battle with the Takistani insurgents. Short campaign will be focused on depicting the assymetrical warfare with a guerilla force and the counterinsurgency operations. 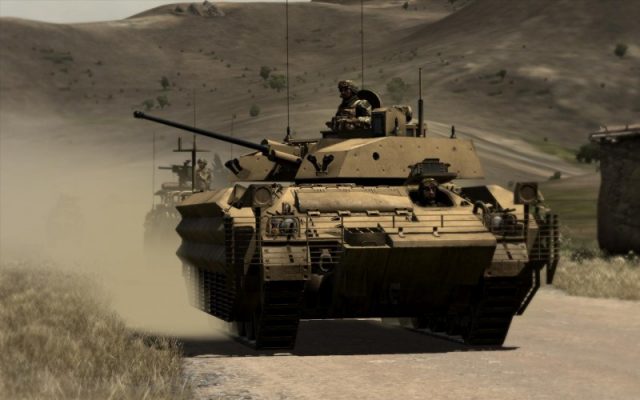