Computer expert Hunter is hired by the Johnston Biotek corporation, just called "Corporation" in the game. Hunter is to repair the network of a mining complex but fails and ends up in an underground cave world after an explosion. A man called Toadstool finds him and tells F where they are: In an underground world where a computer freak called Hacker has seized power. Left alone by the Corporation, Hunter has to find a way back to the surface all by himself. On his quest he meets Kathryn, a mysterious woman, who sometimes helps the player. Hunter faces many dangers and problems; for instance, when he is confronted by sinister figures in an underground prison colony. Of course we cannot give away whether he finds the suspected lift to the surface there :-) 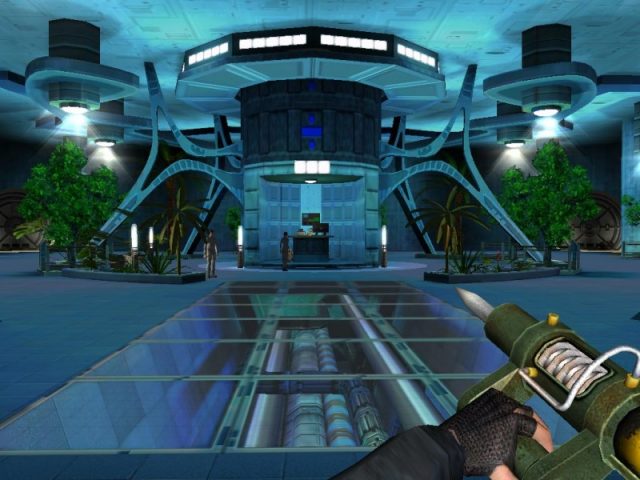