This is an action-adventure game in which players assume the role of Sonic the Hedgehog as he attempts to stop a mysterious force from altering his universe's timeline. As players zoom across fantastical landscapes, they collect gold rings and power-ups while using spin attacks to knock over enemies (e.g., insect and animal-like robots); enemies disappear amid smoke puffs, and Sonic blinks and loses rings when hit. A handful of boss battles depict close-up spin attacks and brief explosions (e.g., defeating a giant robot by crashing into its torso). 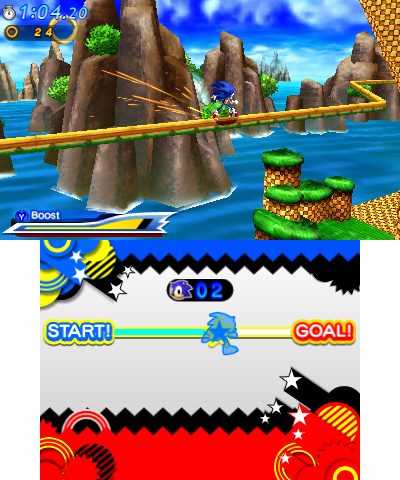