AmunJazz # 2014-07-16 20:47:35
Overall a nice turn-based tactical game, but might not be really up to one's expectations if you go looking for another of the old XCOM games. In short, this new XCOM game is extremely simplified and cut down version of the old X-COM with great number of features missing with only a few new ones to its name.

For those familiar with old XCOM, here's a list of differences. Notably there's missing multiple bases for the player to operate, aliens do not set up bases (there's only one alien base in the game), alien craft activity is barely existing (~13 alien craft encountered before the game was over), terror missions and similar do not involve actual enemy craft going to the sites, your soldiers can't pick up enemy gear during missions, grenades and rockets are special one-use gear instead of actual inventory items, inventory overall is severely simplified to a point where its limitations don't make sense, the game does not simulate projectile trajectories except for missed shots destroying scenery (missed shots can no longer hit secondary targets) and auto/burst fire is treated as single shot in terms of hitting or not, as such cover is simply statistical wonder instead of literal cover (shots "penetrate" the cover - with no damage to the cover - when they hit the soldier hiding behind it rather than hitting exposed bits), alien craft interception relies on one-use power ups you need to craft (though they go largely unused), aliens do not attack XCOM base(s), you can only have one skyranger hence you're specifically forbidden to complete missions that appear "simultaneously" with others (you have to choose one, the others automatically fail, their timing and duration essentially synced), interceptor and skyranger management is simplified, chrysalids and robotic aliens can not be captured and studied, aliens do not have jobs (there's only one live specimen of each species to interrogate and beyond that, nothing), battle scanner is missing, arbitrary range limitations to weapons (not allowed to shoot if target is beyond certain range), incendiary weapons are missing, stun grenades are missing, quite a few alien species are missing, levels tend to be far smaller and streamlined (with very few exceptions), action points have been replaced with simplified version that has glaring limitations, soldiers have 360 degree vision, reloading and shooting in same turn is impossible, ammunition is handwaved away completely, aliens do not have morale, taking aliens alive has little far less use, and probably quite a few other things. New features, for those that care: upgrade system accessible via the foundry, psychic damage ability, classes, class perks, two-point system, and probably some others.

Personally I think this new XCOM is good game, but just does not hold up to what the old X-COM games were about. If you want the old experience, you're better off with the old games, UFO: Extraterrestrials, UFO: Aftermath/-shock/-light, or the many fan-made remakes.

Note that I played the game through on "classic" difficulty (the one just below brutal), which may have had something to do with some of my poor opinions. 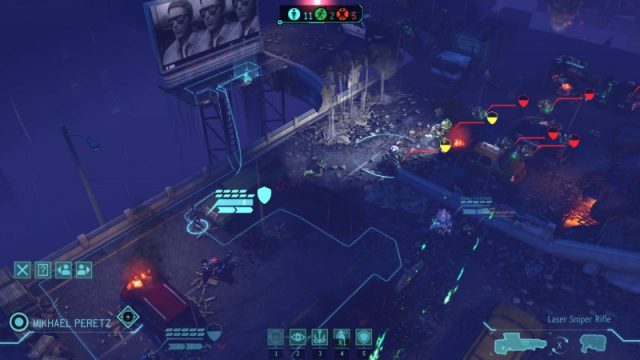