StarDrive is a 4X Action-Strategy game where the goal is to build a space empire.

Starting with a single planet and a small number of space-worthy vessels, you forge out into the galaxy, exploring new worlds, building new colonies, and discovering the StarDrive universe.

The heart of StarDrive is its ship design and combat engine.

StarDrive takes a module-based approach to ship design, allowing the player to create custom ship designs where the composition and placement of ship modules really matters to the performance of a ship in combat. In combat, if your portside armor is taking a beating, then rotate around and show them the starboard side! Hide behind a friendly capital ship's shields, warp into and out of the fray, launch fighters, lay mines, and so much more.

Ship Design
* Design every ship in your empire, or choose from stock configurations
* Create platforms and space stations to deply in deep space
* Carefully plan your ship's power grid, fuel capacity, ammunition storage, thrust, mass, and more
* Organize your ships into fleets and give your ships custom fleet behaviors in an easy to use fleet editor
* Set your weapon facings on turrets, or line up your fixed guns on spinal or broadside mounts

StarDrive follows a classic 4x model in that Food, Production, Research, and Money are the primary resources to gather. Find special resources by exploring planets and anomalies to unlock bonuses, or to unleash te 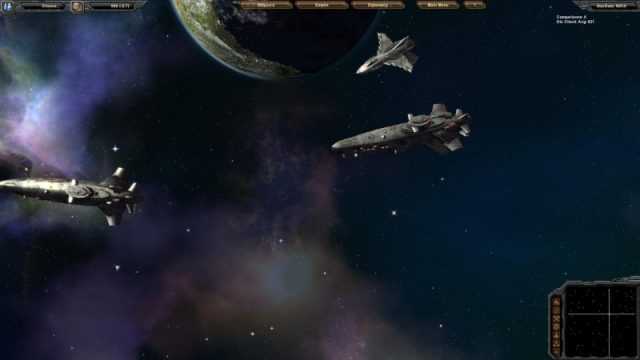