Get ready for Ravaged, a first-person shooter online multiplayer game like no other. Set in a post-apocalyptic earth ripped apart by natural disasters, it chronicles the struggle between the "Resistance" and the "Scavengers" as they fight for vanishing resources, disputed territory, and their very survival.

The Scavengers are an overpowering band of murderous savages bent on taking every last inch of land and every resource for themselves. And they will stop at nothing to achieve this goal. Their success is certain unless someone rises up against them. The Resistance is the world’s last hope against the Scavengers and humanity’s only chance to restore civilization. Days before the Apocalypse, a small band of freedom fighters was able to seek shelter deep below the Earth, storing just enough weapons and food to survive the catastrophe and emerge to rebuild the world. But outside this refuge the criminals and less fortunate of the world were left to the elements. Only the most savage survived. Now it’s time to choose: pick your side, then pick your weapon.

Key Features:
Explore the various landscapes of Ravaged.
* When the poles shifted, the world experienced a cataclysmic climate change that destroyed the continents and created epic new battlegrounds: dried-out ocean floors, frozen cityscapes, desert wastelands and everything in between.
* Experience disparate multiplayer maps, some large enough for 64 player combat which encourage large-scale vehicular tactics. Other maps small enough to force just 8 players into up close and personal combat.
Choose your side.
* Play as one of two competing groups: the Resistance, a group of freedom fighters trying to rebuild society, or the Scavengers, a band of roving marauders hell-bent on claiming everything for themselves.
* Both sides offer 5 unique classes, each with its own specific weapon load out.
Intense Vehicular Combat
* Choose any of the air and ground vehicles to transport your troops, wreaking havoc on all that lay before them while stealing their resources.
* Skill-based flying and driving styles that rewards players that master them, becoming deadliest weapons on the battlefield.
Online
* Free dedicated server tools to build your clans
* Anti Cheat and Global Bans
* Leaderboard, Stats
* RCON tools for remote server control
* Up to 64 player battles 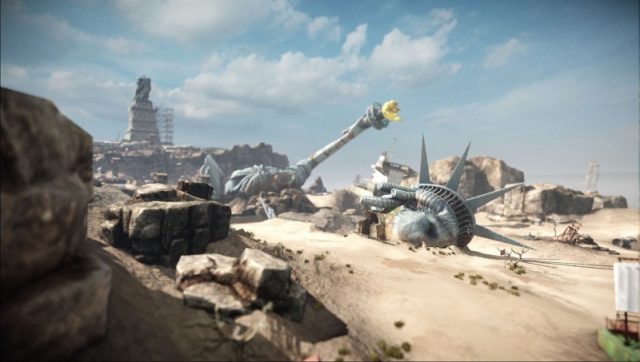