AmunJazz # 2014-07-16 11:56:46
Corvus finally returns home from where ever D'sparil had sent him with his dying curse, only to find his people ravaged by madness and disease.

During the development of Portal of Praevus, Raven Software worked feverishly to lay the groundwork for yet another revolutionary action game: Heretic II. Based on Id Software's Quake II engine, Heretic II successfully blended first-person shooter action with a third-person camera to create an entirely new game genre.

This new perspective on the Heretic/HeXen universe was the biggest critical success in Raven Software's storied history. With dozens of awards and numerous accolades, Heretic II showed the world that third-person action games could be fun and intuitive, while it solidified Raven's reputation as one of the industry's top game developers.

The game was published by Activision Inc. and released to the public in 1998. Heretic II was one of the last 3-D action games to ship with fully playable co-operative gameplay.

Heretic II has since inspired a new generation of third-person action game development...a testament to the groundbreaking impact of the title.

Sanguine # 2009-07-29 12:54:19
Raven Software once again showes that they know how to make a game with Heretic II. It takes place along the lines of the original Heretic (Doom engine). You finally make it home after your odreal with the first of three serpent riders (The second and third are in the Hexen series), only to find it ravaged by a plague. As you go dig deeper into finding a cure, you yourself become infected, and find out most of the world is as well. This game features the Quake 2 engine, and has amazing graphics (espically for weapon and spell effects). However, Raven took a challenge with a 3rd person only point of view, which some do not like. Personally, I think this is a great game. 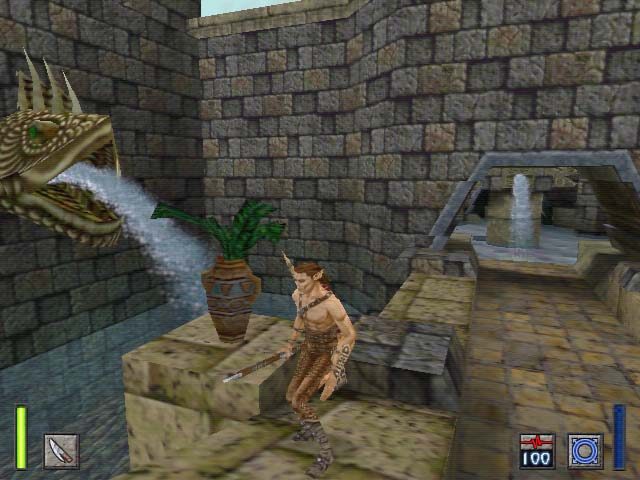