Amazing conclusion(?) to one of the best and most immersive trilogies to grace any system, Panzer Dragoon.
Team Andromeda of Sega has crafted one of the most innovative and breathtakingly imaginative and atmospheric RPG's to date. Perhaps the epic conclusion to the world of Panzer Dragoon, this is an odyssey surely not to be missed.

Edge is a young and naive guardsman at one of the Empire's excavation sites. After the discovery of the mysterious entombed girl Azel, a rebelling airship commander, Craymen, attacks the site and seizes the entombed girl, leaving Edge and the others to die. He is only saved by the apperance of a fledgling dragon whom he appears to share some sort of telepathic link to. From there on Edge vows revenge for the death of his father figure/mentor and to save the mysterious girl, Azel, from the clutches of Craymen.

# 2004-05-05 00:59:14
This game is one of the greatest RPGs I have ever played. Even though it is the third installment in the series, it is the best. This is one of the last Sega Saturn games ever made, but of the greatest. The storyline is excellent, the quest is huge, and the characters are unique. I highly recommend this game to anyone, especially RPG lovers. 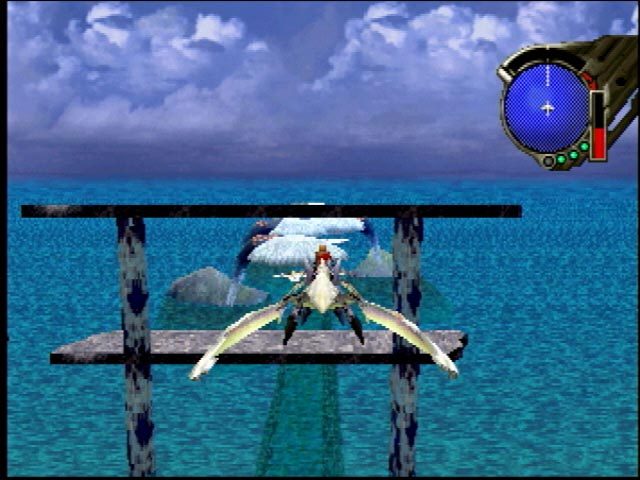