Forge™ is an online, class based multiplayer shooter set in a distinct fantasy universe. Forge features only the best aspects of MMO and FPS class based combat to provide a multiplayer gameplay experience unlike anything you've played before.

A malicious being named The Devourer has swallowed the great pantheon of gods. Seeking escape, the trapped gods have deceived great warriors, zealous adherents and placed them on a faceless world called FORGE, designed sacrifice the weakest of these warriors in order to grow their own power. Choosing one of five unique warrior classes, the player must battle head-to-head with other players in a bid to free their god from the clutches of The Devourer. Armed with a set of powerful and unique abilities as well as a powerful and deadly ally, each warrior must overcome the varied challenges of Forge where every kill is a sacrifice and every sacrifice brings them one step closer to freedom.

Key Features
No Subscription Fee and No "Pay to Win"

Class based gameplay: At launch, choose from the Assassin, the Pathfinder, the Pyromancer, the Shaman or the Warden. Each with their own unique role to fill.

No grind!: Unlike other titles with RPG style abilities, Forge offers a level playing field for all players regardless of their time spent playing. Though you unlock options as you progress, you’re as powerful when you start playing Forge as you will be years from now.

Customize your characters: Though Forge does not offer any power increases as you level, you will unlock new options, abilities and armor as you play.

Ever expanding: While Forge has the accessibility and low time requirements of a first person shooter, it is constantly updated with new content including but not limited to: Factions, maps, gameplay modes and even massive features that continue to expand the persistent elements of Forge. 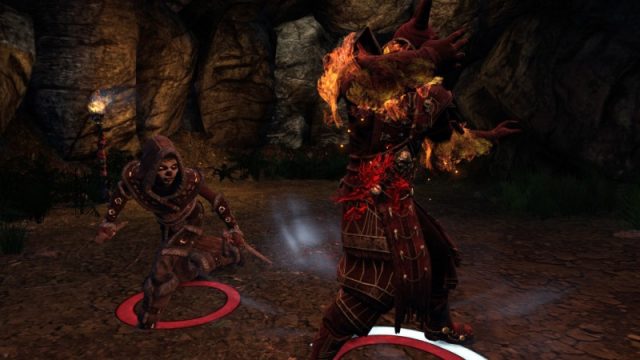