Teleglitch is a roguelike top-down shooter with pixel graphics. The game takes place in procedurally generated military research & training complex that has a different map every time you play. Our mission is to give players like you a chance to walk in the dark corridors, gripping their gun and few last rounds of ammunition. To play with finger on the trigger, high on adrenaline. We want to give you the, paranoid, sweaty, and bloody hard kind of fun.

The Teleglitch universe:
See the future where humanity is controlled by cold, dark mega-corporations. One of them is Miliary Technology Incorporated (aka Militech), one of the world’s largest military research organizations, specializing in necrotic tissue reactivation and nonhuman combatants (zombies, cloned battle organisms, robots etc). Far out in the edge of colonized space lies Medusa 1-C, a cheap planet with lethal atmosphere. There is only one building on the entire planet – a huge military research & training complex. Unfortunately, something goes very wrong in that base. All you know is that most of the facility personnel have been killed, microchipped and reactivated as combatants by the central processing AI of the facility. Except for yourself, a scientist with an incredibly strong will to survive.

Features:
* 20+ types of various opponents
* 40+ types of weapons and items
* 10 levels that radically change their structure every time you play
* 10+ hours of play time (it gets harder the further you get, surprise)
* Detailed Database with juicy back story and useful info of each monster
* Option to combine all weapons and items into new awesome gear, such as the can gun (empty can + nails + explosive) or the high velocity light machinegun that shoots armor piercing depleted uranium bullets (result of modding the standard assault rifle).
* A sinister narrative filled with greedy military corporations, risky experiments and will to survive.

Everything scientifically accurate, of course. 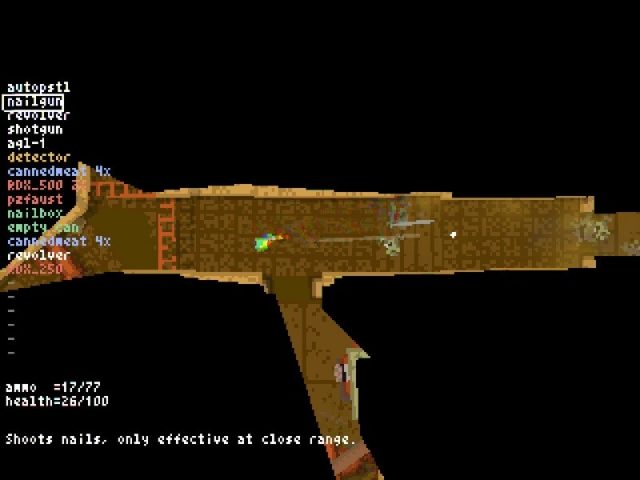