The sequel to the short VIPER-V10 story, Northern Lights, subtitled Asuka. The budding romance between Asuka and Captain is put to the test when Captain's sultry cousin Miki moves in with him. Captain's focus wavers - he is first stripped of his standing in the bushido guild and then takes Asuka's feelings toward him for granted. With everything falling apart around him, Captain must summon the courage to fight for what he wants, or lose them both.

This is the third game in the "T" series, preceded by VIPER-GTS and VIPER-BTR and followed by VIPER-GTB. This was also Sogna's first 256 color game; previous games had used a palette of only 16 colors. 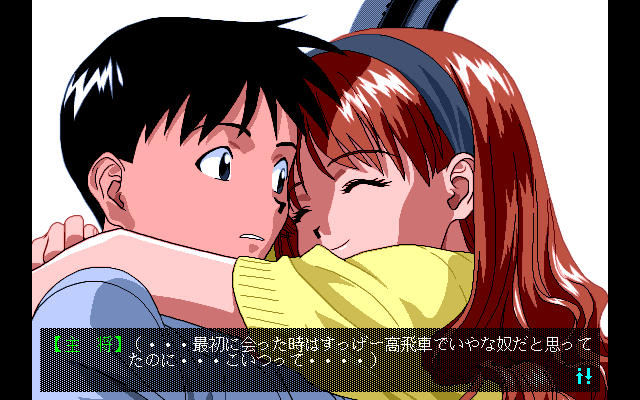