a.k.a. Another World 20th Anniversary Edition / Out of this World

2013-09-16 saw the release of the native version of this game. It had been enjoyed by Linux gamers previously via engine remakes, visualization, and emulation, with several official outlets providing these options as well. Icculus noted many features of this game made porting simpler than usually. The game has already gotten the OpenGL treatment with the Mac 20th Anniversary Edition. The game originally used a virtual machine to run data, meaning only the virtual machine needed porting rather than the entire game. The 20th Anniversary Edition also saw virtual machine ported to C++ (the original was assembly); Icculus didn't even need to port that, it compiled as-is. The original used textured polygons construed from vector graphics (revolutionary at the time). This was virtually a separate feature from the rest of the game. Both the 20th Anniversary Edition and original were never hard coding their graphics to the video RAM (except for the background image). So this bit can easily be sent to the GPU, no CPU entanglements, no RAM entanglements. What's left to do is, get the image to the desktop, get the sound to speakers, get the input (keybooard or gamepad) to the machine.

This native port allows for playing the original or the enhanced 20th Anniversary Edition. 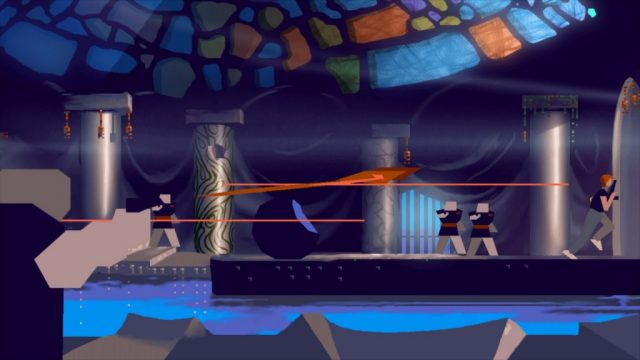