Spiderweb Software returns once again to its epic creation, to tell a story of imprisonment, war, and a desperate fight for survival. Avernum 2: Crystal Souls is the second chapter in this classic indie fantasy role-playing saga, the tale of desperate exiles and their fight to keep their home.

Avernum 2: Crystal Souls features:
* Epic fantasy adventure with over 40 hours of gameplay.
* An enormous underworld, with multiple nations and alien cultures.
* Over 100 towns and dungeons.
* Three separate game-winning quests. There are many ways to fight the invaders. Do just one of them or all three!
* Unique races and settings make Avernum different from any adventure out there.
* Dozens of side quests and hundreds of magical artifacts.
* Rich game system with over 60 spells and battle disciplines and a multitude of beneficial character traits to choose from.

The story of Avernum 2 is self-contained, and previous experience with Avernum games isn't required.

sequel of
Avernum: Escape from the Pit (Windows) 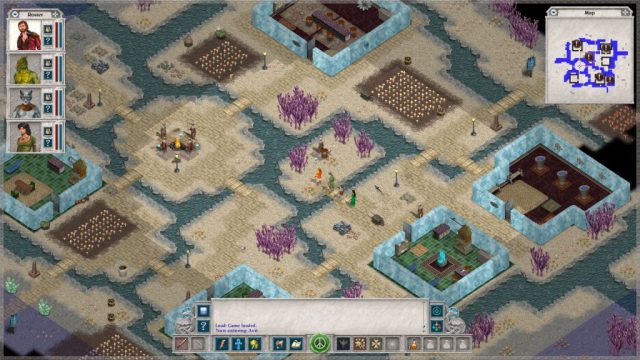