This is a sci-fi horror game from the creators of Amnesia: The Dark Descent. It is an unsettling story about identity, consciousness, and what it means to be human. The radio is dead, food is running out, and the machines have started to think they are people. Underwater facility PATHOS-II has suffered an intolerable isolation and we’re going to have to make some tough decisions. What can be done? What makes sense? What is left to fight for? Enter the world of SOMA and face horrors buried deep beneath the ocean waves. Delve through locked terminals and secret documents to uncover the truth behind the chaos. Seek out the last remaining inhabitants and take part in the events that will ultimately shape the fate of the station. But be careful, danger lurks in every corner: corrupted humans, twisted creatures, insane robots, and even an inscrutable omnipresent A.I. You will need to figure out how to deal with each one of them. Just remember there’s no fighting back, either you outsmart your enemies or you get ready to run. In Dec/2017, a Safe Mode option was added for players not to get attacked by monsters as the most popular fan mod was a similar "Wuss Mode".

Several of the monsters operate via odd sensory system where they account for Sound for noticing you in places where they don't have line of sight to, but their primary method of actually detecting is You detecting them. In effect, you can avoid them by going into a corner where they won't likely walk into, and turning to stare at the wall. It doesn't matter if you're in plain sight, because it's Your sight that matters. It's like they're remotely jacking in o your vision. You can even just happily walk past them as long as you don't look at them At All. This works only on early monsters, the later ones have their faculties properly attached.

Sound cues – required because you're not allowed to actually Look at the monsters much, but you have to judge their position and intentions based on the sounds they make.


Soma may refer to somatotropin, a growth hormone produced by human pituitary gland which promotes cell reproduction and regeneration. 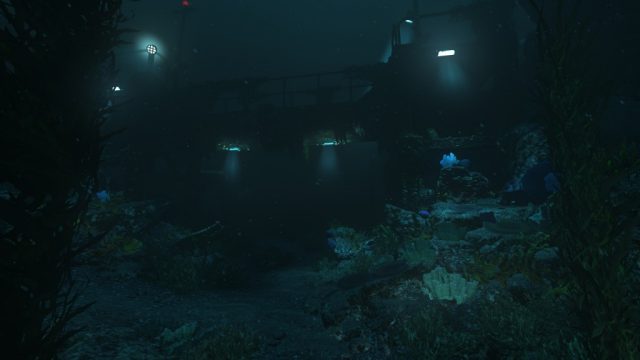