Take the role of Tanner in DRIVER 2. Some rat has upset the balance of power in the criminal underworld, and now a war is brewing. Help Tanner put a stop to the mob war by infiltrating the seedy world of organized crime. Travel to Las Vegas, Chicago, Rio de Janeiro, and Havana in an effort to find the rat. With new curved streets and freeways, the cities have never been as realistic. Get behind the wheel and help Tanner solve the mysteries of DRIVER 2.

# 2013-09-03 15:08:14 - official description
What good role-playing game would be complete without a few dragons thrown in it? In Dragon Valor you play Clovis, who is searching for the Dragon that killed his sister. You'll need to tavel across the entire Laxis Empire in order to quench your revenge. Along the way you'll fight in real-time battles, utilizing spells and special attacks. The graphics in the game are at times simply incredible and the cut-scenes have been given a lot of attention to by Namco. Check this game out if you're tired of the same old RPG. 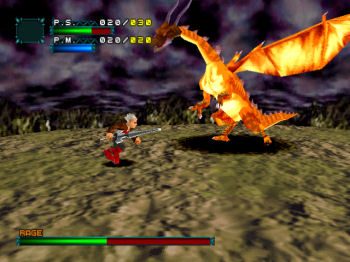