Early in the 22nd Century, human beings enter the years of developing the space. In the 7th developing star, a discovery of space gold attracted many people and they emigrated there. As emigrants had to play an enormous amount of money for their long space travel. Their living style was very much like that in the west of the USA in the 1800's. In 2120 A.D. a planet "Gloria": It was the time when i was very young... I was in the 2nd development group. People lived in peace, having dream and hope. Their peace was but short-lived. Nosing out the gold, space thieves "Wild Lizards" attacked them together with a huge monster tank. Too many people were killed and the survivors were enslaved. No piece of bread was given... Ah! Can anyone save us from this hell...We were awaiting such a person. 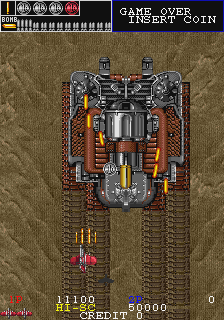