Based on the phenomenally successful SimCity, you're given a plot of barren land to zone into industrial, residential, and commercial areas. As your city grows, you must deal with crime, education, and health issues by strategically placing police stations, schools, and hospitals. Manage traffic, the budget, and the needs of your constituents, or face riots, ridicule in the press, and eventual impeachment.

They also released several "Scenario Editions", an "Urban Renewal Kit" and a "SimCity 2000: Special Edition" which is an All-In-One Pack.

Versions for Windows were also released.

similar to
Mobility: A City in Motion (Linux) 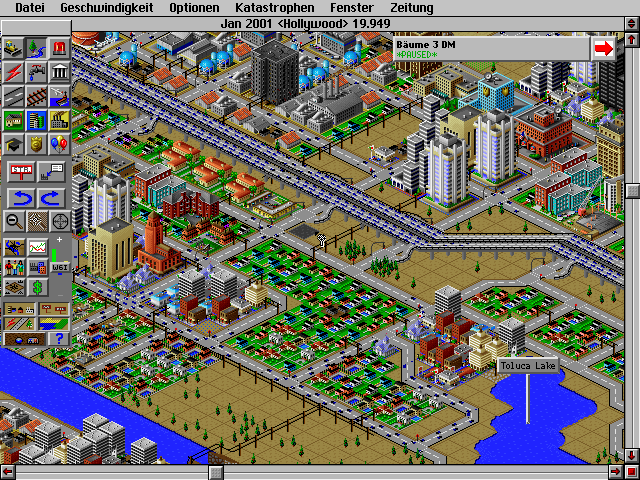