They released two versions of this game for the 16-bit homecomputers. The second one (1990) featured all levels from the Arcade original, while the first one (1988) left some levels out. But except the number of levels they are identical.
I don't know exactly if this was also called Space Harrier: Extra !?

was remade as
Space Harrier: All 20 Levels!! (Atari ST) 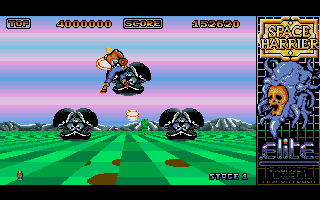