Caught in the middle of a violent conflict on the fringe of the galaxy - your ability to survive will depend on your piloting skills and combat savvy as a mercenary space fighter. But, as you explore the vastly detailed world of Tachyon: The Fringe, you will often find that the most, powerful weapon on your ship, is in your head.

* Featuring intense team tactics and BASE WARS. Talk to other star pilots and coordinate attacks with Voice-Over-Net.
* CHOOSE SIDES - Battle across multiple sectors as you fight to destroy opponent\'s base.
* FREE Multiplayer Features - FREE MULTIPLAYER with over 100 star pilots simultaneously!
* Explore a multi-sided in-game story line and make crucial decisions that will change your future.
* Fight in furious space combat battles around the most massive ships and stations ever created in a space game.
* Single Player Features - Decide where you want to go and what missions you will fly as you explore the vast and richly inhabited universe. 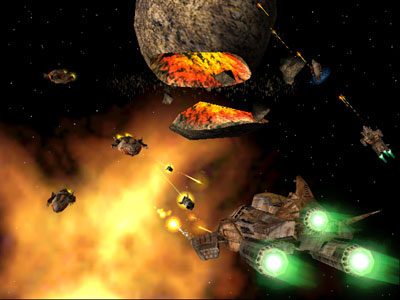