Red Alert 2 takes place a few years after the events in the original Red Alert. The Allies, victorious in their battles against Joseph Stalin and his Soviet army, have restored peace throughout the Europe and have rebuilt its decimated economy and infrastructure. To oversee the Soviet reconstruction, they have installed their own puppet dictator in the place of Stalin: General Romanov. Outraged at Stalin's failure, Romanov is haunted by memories of his homeland burning and Allied troops marching through his country's streets. He's thirsty for vengeance, and unbeknownst to his Allied puppeteers, Romanov has been mobilizing the World Socialist Alliance into a giant military machine for years and is now only biding his time, waiting for the opportunity to strike. When a civil war breaks out in Mexico, Romanov makes his move. Terrified Allies activate the defensive system and declare nuclear war on Russia. Unfortunately all systems are disabled and the US's entire arsenal of nuclear ICBMs remain dormant, useless, in their silos. On the other side Romanov drops in Arizona, New Mexico, Texas and all nearby countries. And worse, people who live there feel weird headaches and some have even turned against the Allies. Intelligence sources confirm the fears: Romanov has developed a frightening technology that affects man and machine alike; specifically, he has created psychically enhanced troops that can attack with a simple thought. 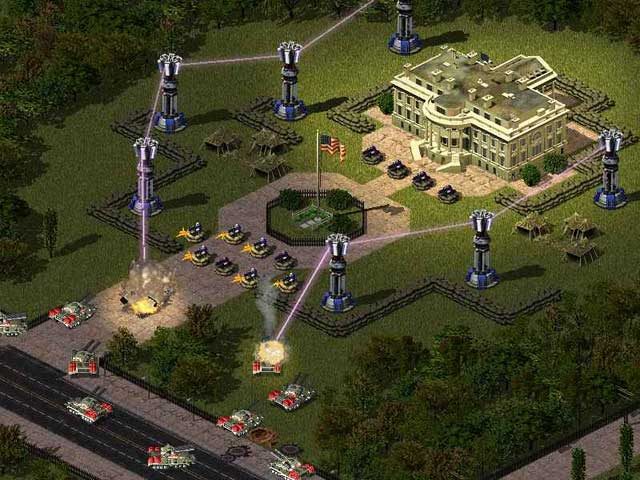