When Lara was sixteen years old, she accompanied the archaeologist Werner Von Croy on his journey to Cambodia(1984).Von Croy taught her the basic things about archaeology. Going with him was indeed a valuable experience for Lara-it was with him that she acquired the basic tomb raiding skills. However, Von Croy was not a very honest man and he got trapped in a temple because of his greed for fame and money. Lara tried to save him, but she had to leave the tomb, in order to save her own life.
In the present day, Lara is hired to discover a new tomb in Egypt. She discovers Tomb of Seth, where she takes the Amulet of Horus from a sarcophagus. That's a terrible mistake. Seth was an evil god, imprisoned in the tomb by his brother Horus and now he is set free. Lara accidentally activates a terrible prophecy. Jean-Yves ,an old friend of her, tells her about the prophecy of Seth:
'I am the shadow across the sun; I am the bringer of plagues. My wrath will consume all lands and shall be ceaseless.'
Only Lara can set things back to normal again. Fortunately the person who unleashed Seth is the one that can imprison him again in his tomb, through a special ceremony. Lara has to go to tomb of Semerkhet in Karnak, in order to put Seth back in his sarcophagus. She places the amulet near the door and comes in. Von Croy, who somehow survived, steals the amulet and traps her inside the tomb.
Lara manages to escape and now, she has to take it back. These things are not shown in a FMV. There are about 14 levels for you to play before you start trying to take the amulet back. The plot gets darker when Von Croy kidnaps Jean-Yves. Enough said. Go and play the game to learn the rest. 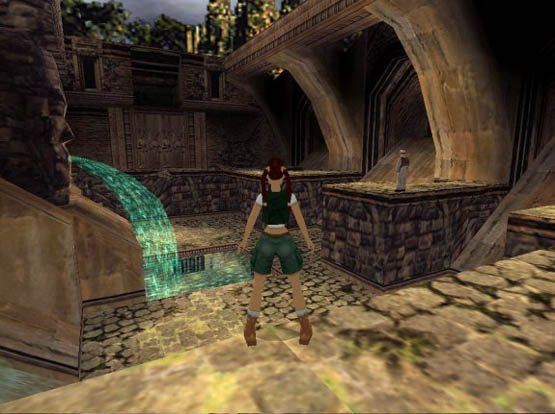