Your Past is a Lie, Your Future is in Jeopardy, and You're 35,000 Light Years from Home.

Kharak, a barren wasteland orbiting an insignificant star, has been our home for as long as we can remember. Until now, only vague myths of our past remained, then then came the discovery: an ancient tablet long hidden in the Great Banded Desert, buried within the wreckage of a half-destroyed spacecraft. Now we know, this planet is not ours. We have been driven away from our Homeworld by conquerors, and billions of our people are dead. It is now time to leave this cold, lifeless planet. It is time to return Home.

* Incredible 3D graphics, with or without a 3D card
* The Most Expected Game of 1999
* Compelling and easy to access
* Choose unit types, fleet formations and flight tactics for each tactical situation.
* Command the smallest scout ship or your entire armada in an unrestricted 3D world for pinpoint control.
* For the first time, RTS fans will be able to manage resources and send their armies to combat in an amazing real 3D universe, where danger can appear from every angle.
* With its epic storyline extended over 16 single player missions and a broad range of incredibly detailed vessels, Homeworld opens up endless possibilities.
* Homeworld's multiplayer mode is playable for up to 8 people locally or on the Internet on WON.

was remade as
Homeworld Remastered (Windows) 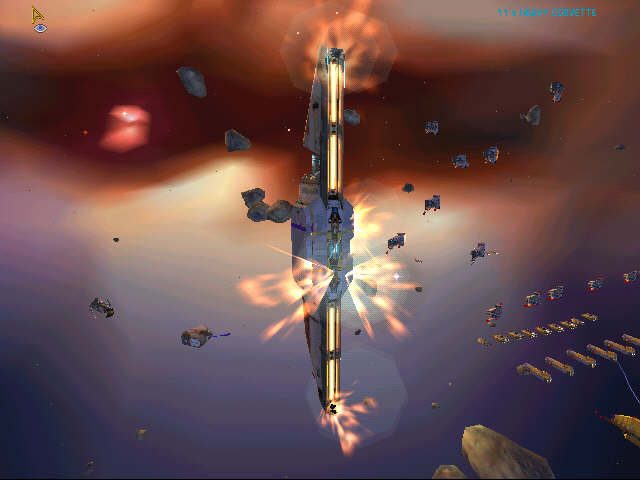