Although I loved the setting and being one of the first games I played where you could control an alien (well, an alien that actually seemed alien), the game was immensively hard after you encountered the humans. The game also featured rather unusual upgrade system, with upgrades being produced at a building and applied to each creature individually (and lost if that creature died).

Who rules your World?

Enter the bizarre and alien world of Dominant Species --- the next generation command and control real time strategy game with fully 3-D creatures and terrain. You are a powerful alien intelligence engaged in constant and deadly conflict with other hives over the possession of Anima, the precious substance that sustains you and your fellow aliens. However, unwelcome humans have arrived on your planet and threaten to upset the balance of conflict between hives that has raged for countless millennia. Attempting to take the priceless Anima and use it to create immortality, humans join an epic battle of survival of the fittest.

* 27 unique alien characters, each with special abilities to defend and attack.
* Accurate physics model that affects characteristics of creatures and gameplay.
* True day and night cycles.
* Easy to use level editor for player creation of new environments and missions to share with other players.
* Extensive multiplayer options, featuring competitive modes and free Internet play.

[b]size is power[/i] - the more powerful units are larger even initially, but all units gain slight size increase with each upgrade, so you could easily tell apart heavily upgraded variant of anything by its size. 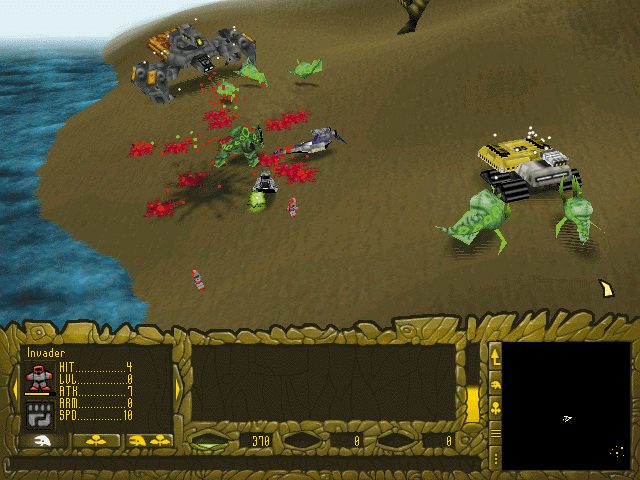