This is the best of all post-Golden Axe clones, with riveting music--and sweet gameplay to boot. There are secrets galore, and almost every room has two or three different paths out of it, so you rarely play the same game twice.

Without spoiling it for anyone, in the English version the Japanese title 'Lightringer' is only made understandable in the very last scene of dialogue. 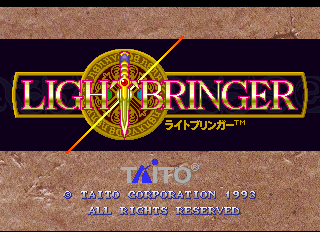