The PC-Engine version of R-Type was released in Japan on two different HuCards. The first one contained only the first four stages, while the second one (R-Type Part 2) contained stages 5-8. The US-release of R-Type contained all stages. The game itself is an excellent arcade port with high playability and was the PC-Engine's first 'killer application'. 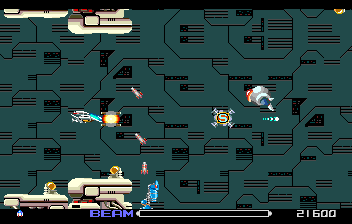