The game also has both co-operative and competitive two-player modes. 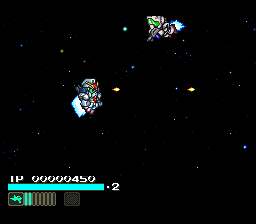