Available only as a kit for installation in a Dragon's Lair/Space Ace cabinet. A QWERTY membrane keyboard is used to control the game. The player is addressed by name using synthesized speech. A LD-V1000 or PR-820/Discovision disc player can be used in the cabinet. A special edition of this game was produced simultaneously for the Halcyon Home System. Later released for other CD based home systems under the names "Kingdom: The Far Reaches", "Kingdom" and "Reaches". A sequel for home systems is named "Shadoan" 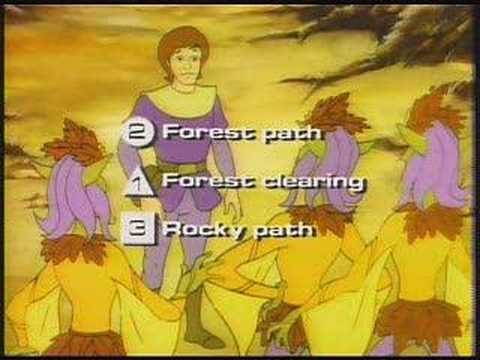