Sometime in the 1990's... Metro City, a well known Crime Capital, has been ruled by violence and death for many years. A fact which the newly elected mayor and former Street Fighter, Mike Haggar, plans to change. At the center of the problem is the huge gang known as Mad Gear. Mad Gear controls all of the major criminal activity in the city. When they learned of Haggar's plans, they took immediate action to bring this new mayor under their control. 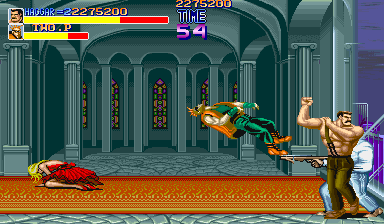