An excellent addition to the Kirby series. It features eight mini-games, two of which must be unlocked by defeating the others. It adds new enemies and powers, plus the ability to create a helper character with swallowed powers (who can also be controller by a second player). The graphics are bright and colorful, and the gameplay is just as good as it's ever been. Kirby fans have no excuse not to own this one.

No emulator can do this ROM yet cause of the chip... I think is SFX but i'm not sure i know some people wokring on it.
October 23, 1999

# 2006
One of the best SNES platformers. Has a whole selection of different mini games, such as treasure hunting in The Great Cave Offensive.
Kirby can do anything with his copy ability!! Just eat them all up. 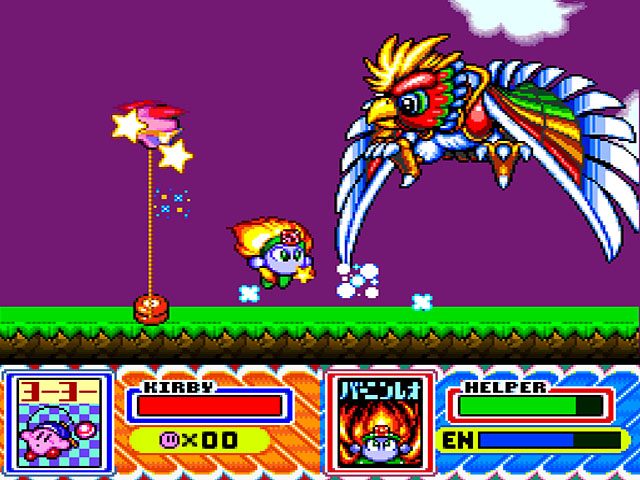