This is the entry for the regular NES cartridge version for USA and Great Britain. There is also an Aladdin Cart version with it's own entry.

The USA version is 1 player but the United Kingdom version is 2 players.

The USA version also has an A-B switch accessible on the back of the cart. This switches between 2 different methods of bypassing the NES' lockout chip so it is certain to play on any NES deck. 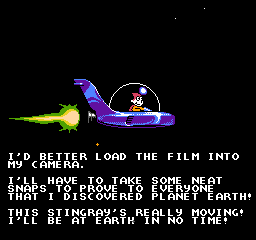