It is the year 2456. Humanity has spread across the terraformed planets and satellites of the solar system. Colonies drift though the upper regions of the Jupiter gas clouds and cities have been carved out of asteroids. Mars, the seat of power among the inner worlds, is home to a powerful, despotic Russo-American Mercantile (RAM). Its goal: The enslavement of the solar system. But what of Earth? 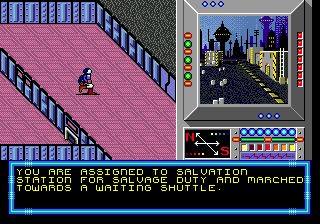