You are the last of your kind. Bred for combat, built for war, you are master of any weapon, pilot of any vehicle... and fear no enemy.
Bent on Humankind's extermination, a powerful fellowship of alien races known as the Covenant is wiping out Earth's fledgling interstellar empire. You and the other surviving defenders of a devastated colony-world make a desperate attempt to lure the alien fleet away from Earth. Shot down and marooned on the ancient ring-world Halo, you begin a guerilla-war against the Covenant. Fight for humanity against an alien onslaught as you race to uncover the mysteries of Halo.
* Attack on all fronts—on foot or with a powerful array of assault vehicles.
* Seamless, hyper-real indoor and outdoor environments.
* Intense multi-player team battles: 4-player split-screen or multi-player system link play.
* Unleash destruction with incredible human and alien weapons.

Unlike the Mac and Windows ports of the game, the original Xbox version had only LAN multiplayer available. 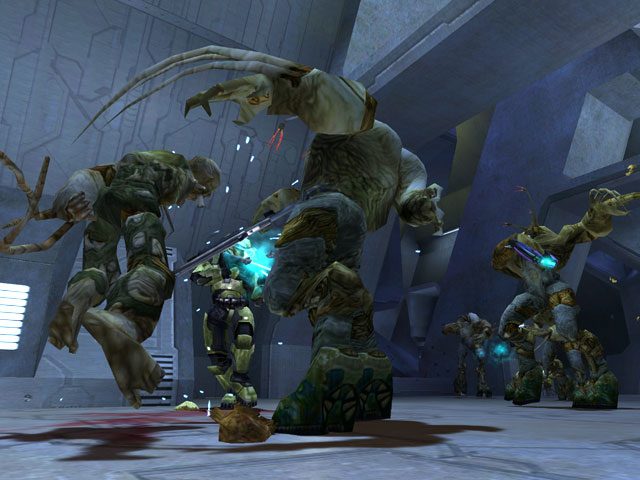