Join the legendary Jedi Knight Obi-Wan Kenobi as he takes on the worst scum and villainy the galaxy has to offer in level after level of fast-paced action. In Star Wars Obi-Wan, you'll call upon the Force and your powerful lightsaber as you face a mysterious new enemy, an assassin droid project and a devious plot that could dramatically shift the balance of power in the universe. Fight your way through an underworld trail of munitions dealers and crime lords-from the lowest depths of Coruscant and dusty Tatooine to the lush city of Theed. The Force is in your hands.

# 2014-08-14 18:15:10 - official description
Take control of the young Jedi Obi Wan Kenobi, as he battles evil droids and monsters across the galaxy. Use your lightsaber and force powers to progress through 15 action packed levels. You'll need to have a clear head and a fast hand if you expect to defeat the likes of Darth Maul. Obi Wan's speicial Force abilities include Force attack, push, pull, throw, defend and jump. This is an entirely separate storyline from Episode One, so surprises will abound. 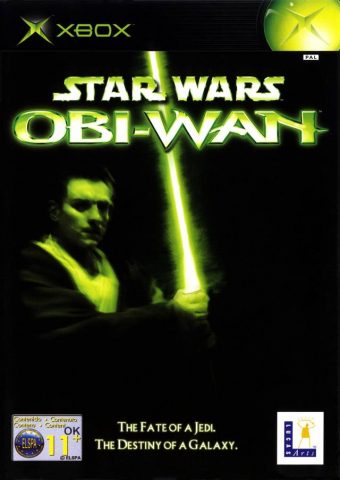