In GUNVALKYRIE for the Xbox, you're needed on the colonized planet of Tir na Nog to restore order. Once the Imperial Space Forces arrived to investigate the severed communication ties between the British Empire and the small planet, their worst fears were realized. The esteemed yet dangerous Dr. Hebble Gate was missing, along with the entire population of colonists, and the planet was overrun with vicious insect-like life forms. Dr. Gate had been using his Hebble Technology to extract vast amounts of energy from Halley's Core, a powerful substance left behind after the passing of Halley's Comet.
It was later learned that Halley's Core can also radically alter the DNA of humans, and many suspect it was the Core that changed the colonists into the violent creatures running rampant around Tir na Nog. Lieutenant Meridian Poe of Dr. Gate's GUNVALKYRIE Organization is the 27-year old daughter of the mad scientist who will lead two elite fighters Kelly O'Lenmey and Saburouta Mishima on many dangerous encounters with the huge grotesque arachnids while they search for the Halley Core to restore the colonists to human form. Since her father beheaded her, stole her body, and left her for dead, Meridian is especially interested in seeing her father stopped from further meddling.
Did the deranged scientist who had a fascination with genetics know about the disastrous DNA effects of putting humans in contact with Halley's Core? Or did something go terribly wrong? Report for duty to find out.

Unlike in reality, British Empire saw no decline, but rather flourished, conquering Earth and expanding even into extraterrestrial colonies. 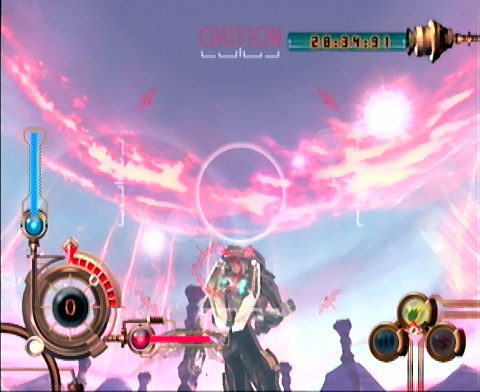