Awakened to join an immortal group of Wizards in the Circle of Evermore, you must restore balance to a world on the brink of collapse. Powerful spheres of magic are thrown against one another in a war of Wizards the likes of which have never been seen. By mastering magical forces of creation and dealing with the deities who govern them, you must establish a fantasy empire and confront other Wizards in your quest to THE WIZARD'S THRONE. AGE OF WONDERS II is the wildly anticipated sequel to the Award-Winning strategy phenomenon. Delivering an invigorating mix of Empire Building, Role-playing, and Warfare, Age of Wonders 2 offers the ultimate in fantasy turn-based strategy.

sequel of
Age of Wonders (Windows)

similar to
Master of Magic (MS-DOS) 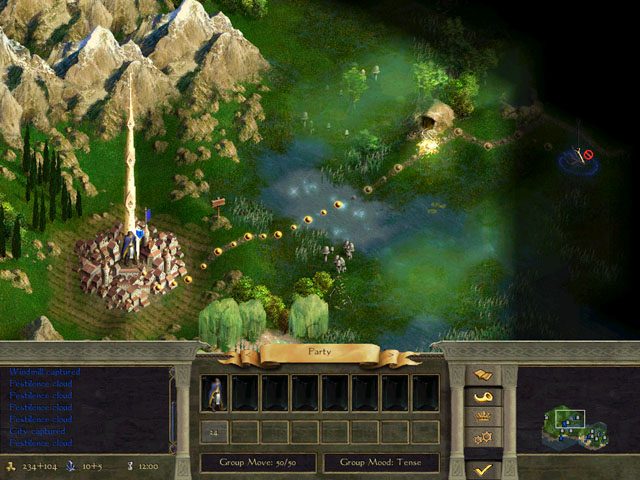