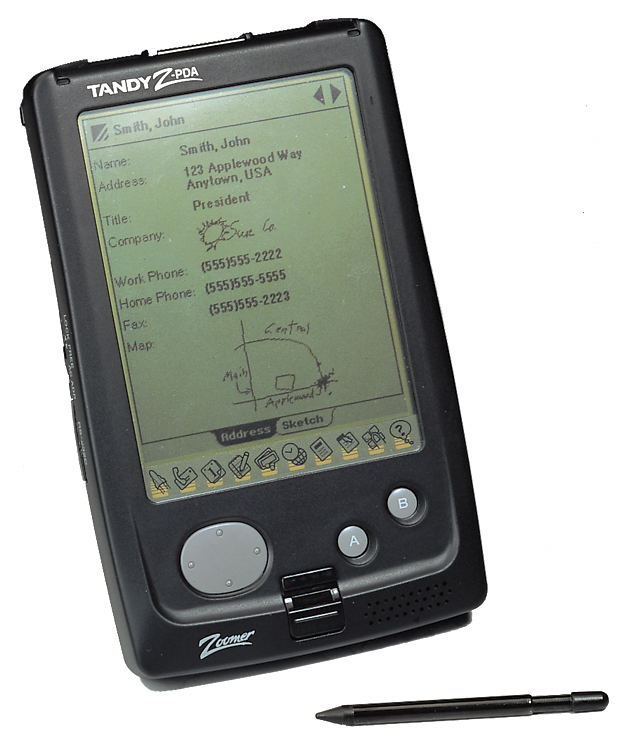 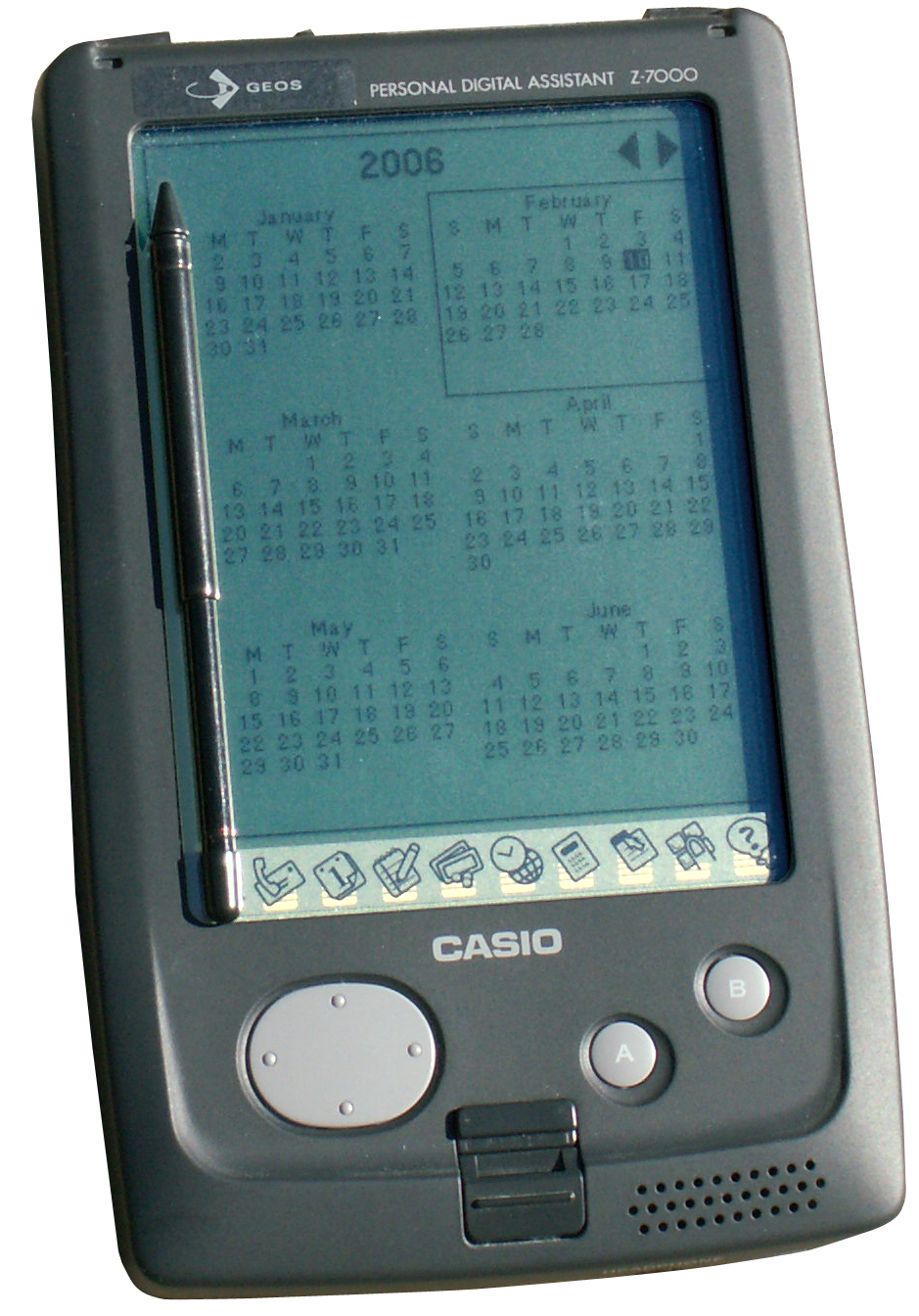 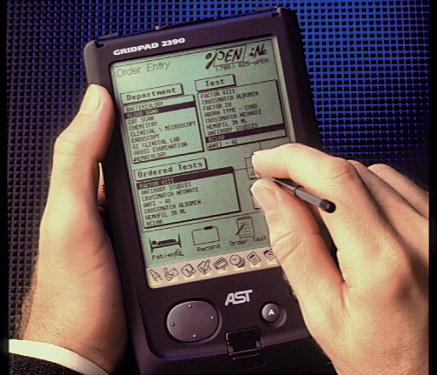 ‡The μPD70108 (V20) was pin compatible with the Intel 8088 and used an Intel 80186 instruction set. It is accurate to say the V20 had an Intel 8088 core.
*It recognised single individual letters at a time, not words. [sic]"Verticle lines should be verticle, horizontal lines should be horizontal, straight lines should be straight, and curved lines shouldn't be squiggly!" -Chris De Herrrera
⁑MS-DOS apps that are compatible compatible with Geoworks and ROM-DOS, do not require keyboard generic mouse input (mouse is done with Geoworks drivers), do not write directly to screen memory, and are fine with the 8086/80186 hybrid CPU, will run on a Zoomer or clone (good luck).

The Zoomer and authorized clones were preceded by the GRiDPad; both designs lead by Jeff Hawkins (The GRiDPad 2390 model is a Zoomer rebranded). The GRiDPad was fully MS-DOS based, the Zoomer, 2390, and later clones were Datalight ROM-DOS v3.31 based and ran a version of Geoworks 2.0 (by the Geoworks company) that was dependent on ROM-DOS. Palm provided much of the software including the PalmPrint handwriting recognition tool, later replaced by Palm's Graffiti. Casio engineered the hardware and BIOS. The official Penright! software development kit was provided by Geoworks and included a Zoomer simulator. The follow up to the Zoomer was to be the Zoomer II. The technology was purchased by Palm Inc who weren't completely satisfied with the design. Hawkins lead the modification of the design that came to be known as The Palm Pilot.

All software, accessories, and peripherals are interchangeable between the various authorised clones.
#