Descend into Darkness Emerge a Hero
The Light Crystals are shattered by the evil powers of the Clan of the Moon and the world is overrun by demons. Only one young knight, fresh from training, can close the demon portals; and so with 11 friends, Max sets out on a life-changing journey where he will become a hero just like his father.

# 2017-01-03 16:39:15 - official description
Moving away from the methodical gameplay of prior Shining Force strategy-RPGs, Shining Force Neo is a fast-paced action-adventure featuring a dramatic, character-driven story and a high gloss anime aesthetic. Real-time combat creates a deeper sense of personal involvement in battles, and the presence of more than 90 enemies on screen at once ratchets up the grand scale that the Shining Force games are known for.

Deep character customization makes up the strategic component of Shining Force Neo, allowing players to turn Max into a powerful sorcerer or a mighty warrior. And the fast-paced action never lets up: a single play-through of the game clocks in at nearly 35 hours. For those still addicted after the credits roll, an advanced dungeon unlocks when the final boss is toppled. Shining Force Neo is a long, satisfying adventure, packed with more action than any Shining Force title before it.

* Gorgeous anime by Studio 4C, an animation team made up of former Studio Ghibli (Princess Mononoke, Spirited Away) staff.
* Full voice acting throughout the game.
* 11 Unique characters join your party during the adventure.
* More than 90 enemies will simultaneously attack Max and his party.
* 70 Different weapons can be strengthened up to 9 different levels.
* Train characters to use 40 different types of "Force Arts" in 32 levels. 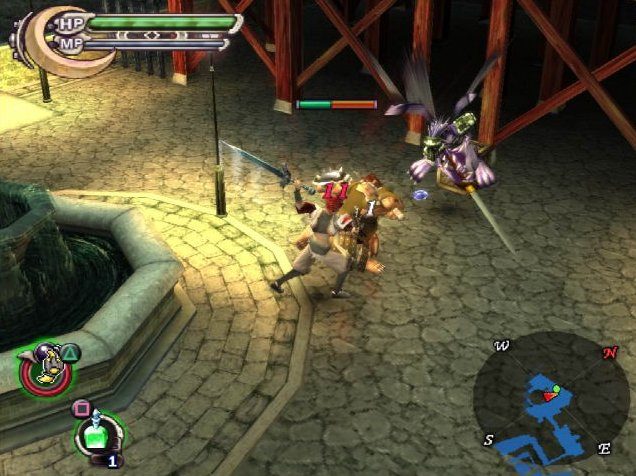