The title is inspired by the Japanese classic horror movie, JU-ON, on which the American release of the hit horror film "The Grudge" was based upon. JU-ON: The Grudge for Wii is a Haunted House Simulator where accessibility and instant scares are given priority over all other game aspects, with the original creator of the movie, Takashi Shimizu, serving as a creative consultant to game development. It is said that when a person dies with a deep and burning grudge, a curse is born. When an average housewife in Nerima, Japan, was murdered in a grisly fashion, it gave rise to a curse so powerful that it threatens to kill at a pace thought unimaginable before. The curse manifests on those who encounter the curse by any means, such as entering the house or being in contact with somebody who was already cursed. Once Erika Yamada is exposed to the curse while searching for her dog in an abandoned warehouse, the entire Yamada family is put in grave danger as soon as she reunites with them at home. They must now face their individual challenges alone, and only by overcoming the curse together will their family truly be free again. Using the Wii Remote as a flashlight, JU-ON: The Grudge has players move forward with the touch of a button and explore haunted areas such as an abandoned warehouse, a dimly-lit hospital, and a mannequin factory. Much like a haunted house, the player must proceed forward even after being frightened and running away from the initial threat. As much fun as it is to get scared, sometimes it’s even more fun to watch others play to observe their reactions. For instant gratification, grab a second Wii Remote and push buttons to make in-game events happen immediately to make the player jump and hate you forever. 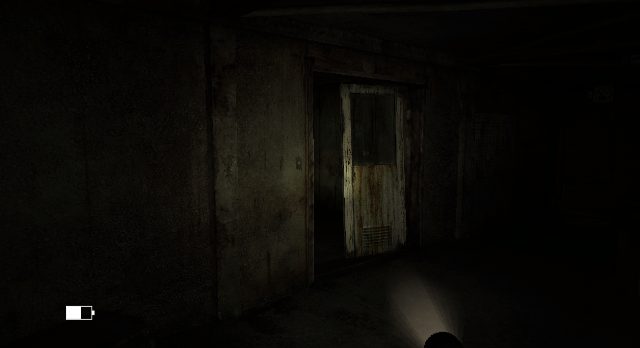