Every year there is a "Team6 - World Championship Quadracing" with great prizes. The winner gets one million USdollars in cash, 2 free barely-dressed babes and a 24 karat golden quad: resulting in thousands of contenders. After years of hard and painfull training, you finally managed to get into the top-ten of quadracers! There are 8 races left for you to race, and you need to score enough points during those 8 races to become the ultimate world champion.

You can also practice in single-race of time-attack, before you enter the championship or play a LAN multiplay game (with or without computer-steered players) against your friends. Even professionals need practice to win a race : ) ! 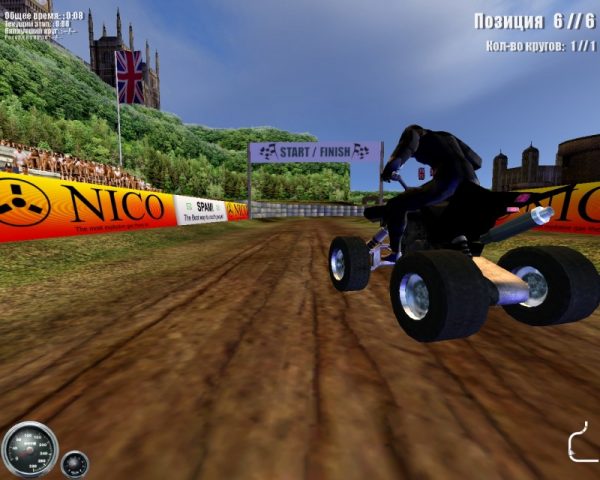