Grotesque Tactics 2 is an ironic RPG story with humorous dialogues, adventure elements reminiscent of Monkey Island / Deathspank, as well as a tactical combat system, in which multiple characters are controlled simultaneously. Grotesque Tactics 2 is a quick and fun RPG with addictive potential and great voice acting.

Edge-of-Your-Seat Turnbased Battles with a Wide Variety of Quests
In the strategic roleplaying game Grotesque Tactics 2 you battle with a steadily growing party of characters. And you will need your companions to solve the many quests and emerge victorious against the mightiest of foes.

Ironic yet Thrilling Story
Have fun adventures in the world of Grotesque! Discover cracks at the entire RPG genre and games like Dragon Age, Arcania: Gothic 4, The Witcher, Ultima and World of Warcraft.

Influence the Interaction of Your Guildies
Some will like each other, others will hate. Try to defuse internal conflicts to keep your guildies all fighting on the same team.

Character Development
Every guildmember has ist own talent tree. With each level, raise your skills and specialize your companions.

3 Factions, 3 Different Endings
Be it high elves, mercenaries or the kingdom of Glory: You choose which faction to support. Your reward is a new and powerful guildmember and new plot developments.

Cook For Your Life
Rations are sparse and food is the new currency. Learn new recipes, loot ingredients from monsters and win the trust of survivors through deliciously-cooked meals. 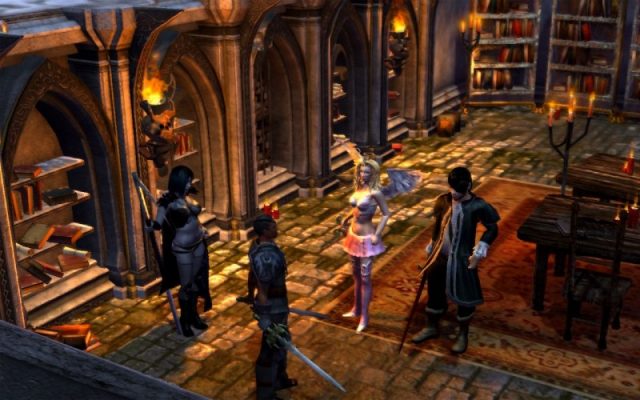