Sorcerian is the fifth game in the "Dragon Slayer" series and keeps its tradtion that all games are vastly different in regards to gameplay. What I liked is the idea of having a couple of smaller missions instead of one huge adventure. And the Mega Drive version is one of the best versions of Sorcerian around. However since it being in Japanese only (and no fan-translation available at the time I am writing this) it is only half as enjoyable and became pretty much too much hassle for me to play it longer than it would have deserved. 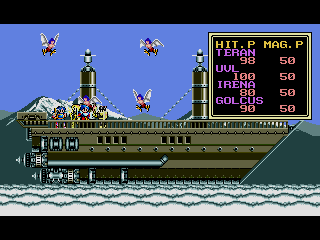