a.k.a. Street Fighter II' Plus

STREET FIGHTER II': SPECIAL CHAMPION EDITION was the first STREET FIGHTER game released for the Sega Genesis console. The STREET FIGHTER series can be considered one of the first fighting games to popularize competitive video game fighting. This version of the game contains both the CHAMPION and HYPER rule sets, from the two editions released in the arcades. It also introduced an exclusive Group Battle mode that is now a general feature in most fighting games. Play as one of 12 different characters, each with their own distinctive fighting style. Try single-player mode or challenge a friend in this legendary, classic fighting game. 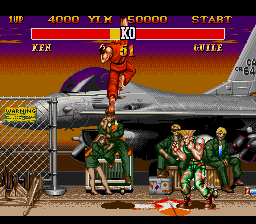